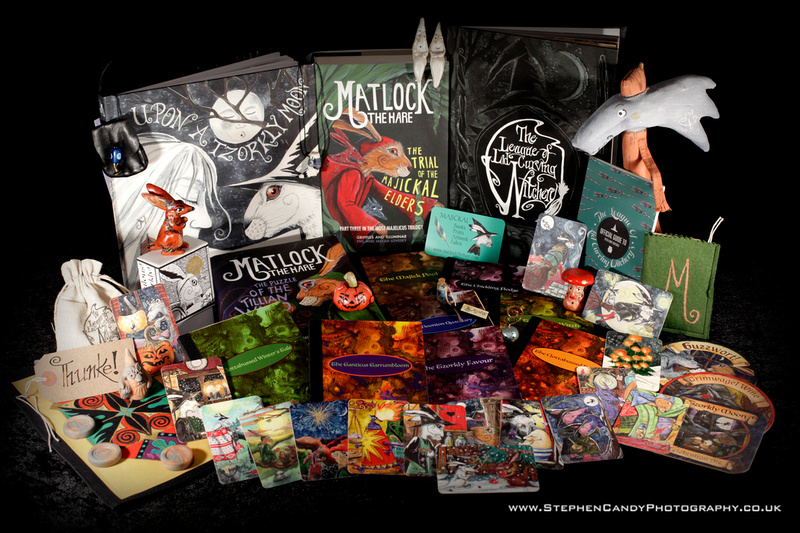 So, what are the prerequisites for creating your own “world” in fantasy storytelling? Relatable characters, epic adventures, frightening villains, a beginning, middle and end? These are all typical but there are some other peripheral aspects that have become part and parcel of much fantasy fiction to such a degree that they’re now almost expected. I’m going to talk about them while at the same time introducing you to the majickal (yes, I spelled that right) world of “Matlock the Hare.” 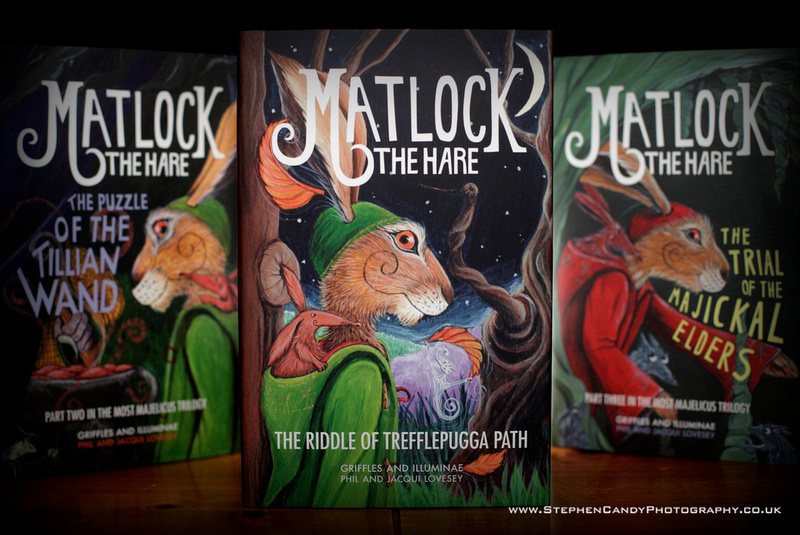 The Matlock the Hare Trilogy 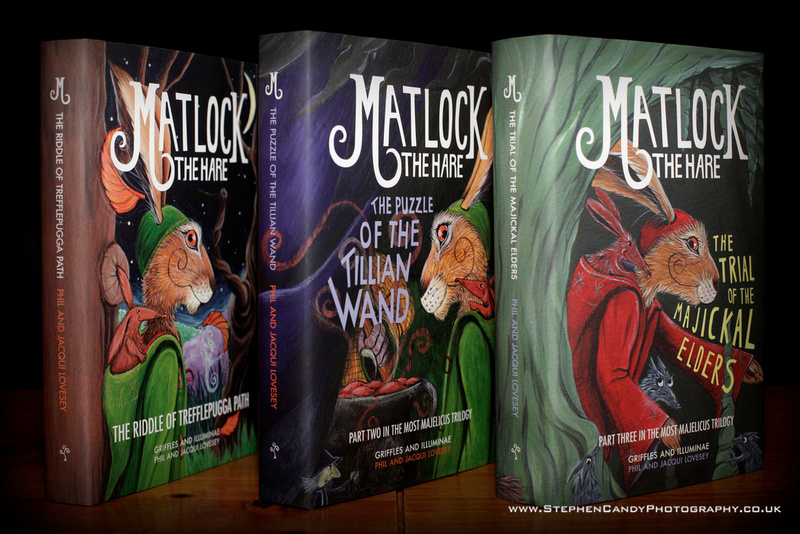 The Matlock the Hare Trilogy

The first book in the Matlock the Hare trilogy, “The Riddle of Trefflupugga Path” was written by Phil Lovesey, illustrated by Jacqui Lovesey and published by Silverwood Books in 2014. (The top photo above, taken by me in 2016, promotes the trilogy on the Matlock website and the lower one is featured in the back of the artwork companion book “Upon A Tzorkly Moon.”) It introduced readers to the world of Winchett Dale, a mythical extension of Derbyshire’s Peak District in the UK. It is beyond the reach of (most) humans and home to a unique collection of talking animals, some of which are familiar and others fantastical. It is also home to its own language, “Dalespeak” and this brings us to the first thing we expect from a fantasy world – its own language. JRR Tolkien might have written “Lord of the Rings” and its extended works as a scholarly means to test his created languages such as Elvish (with its many varieties such as Quenya and Sindarin) and Dwarfish (Khuzdul) but other fictional languages have less lofty roots. Star Trek’s Klingon language began as some guttural sounds made by actor James Doohan (“Scotty”) and refined with film producer Jon Povill for the scenes at the beginning of Star Trek: The Motion Picture featuring that race. This was subsequently refined by linguist Marc Okrand for his book “The Klingon Dictionary” and has become famous for its adoption by fans. (Klingon translations of famous literary works including Hamlet and The Little Prince now exist!) Many other works, both in written and onscreen fiction, now include their own language but a common factor is the use of translation for the reader/viewer. (Explanations in text, subtitles on screen.) The language of Winchett Dale isn’t too far away from English, but has lots of its own words dropped into sentences replacing common English terms pretty much from the opening page. Although there’s a glossary at the back, it’s surprising and fun just how quickly you grab an understanding from context and get used to the new words. They’re such fun words too, such as “clottabussed” meaning “a bit daft or silly” or “oidy” for small (“peffa-oidy” for very small.)

I first encountered Matlock the Hare just before the publication of the third book in the trilogy (“The Trial of the Majickal Elders”) in 2016. I saw a retweet by Thomas Brown promoting something called #TheMajickReturns, a promotional campaign for the book and inviting people to contact Phil & Jacqui to take part. A quick bit of investigating showed that we had some mutual friends (hello Professor Elemental) and so I got in touch. The idea was to spend the run-up to the book’s publication sharing daily photos with a handmade “Dale creature” that Phil & Jacqui would supply (and that Jacqui would handmake.) 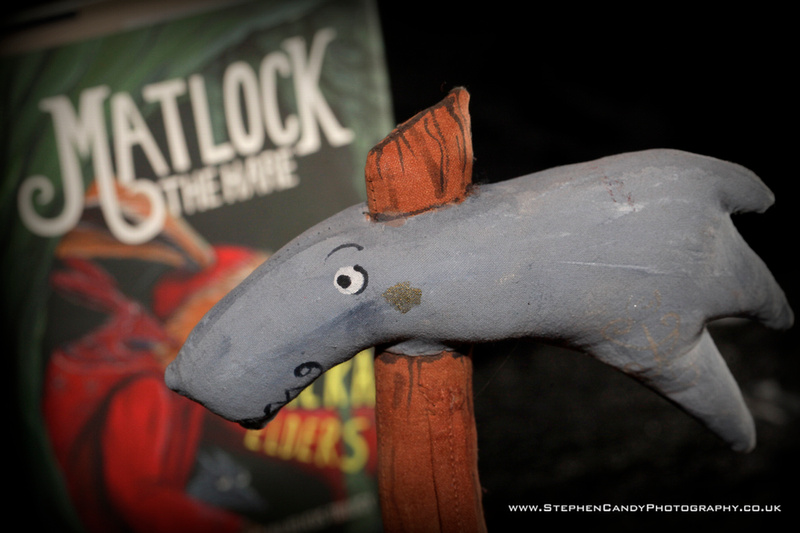 I was sent “Shelpp” who is a “neffle-hammer” – a sort of self operating magic hammer, but one that must be kept busy or it’ll find work for itself and not always in a helpful way. To play my part, I took Shelpp with me to work for the duration and grabbed shots of him wherever I went, as well as some extra ones taken at home to ensure there was enough for every day. You can see all of those photos in the slideshow below. 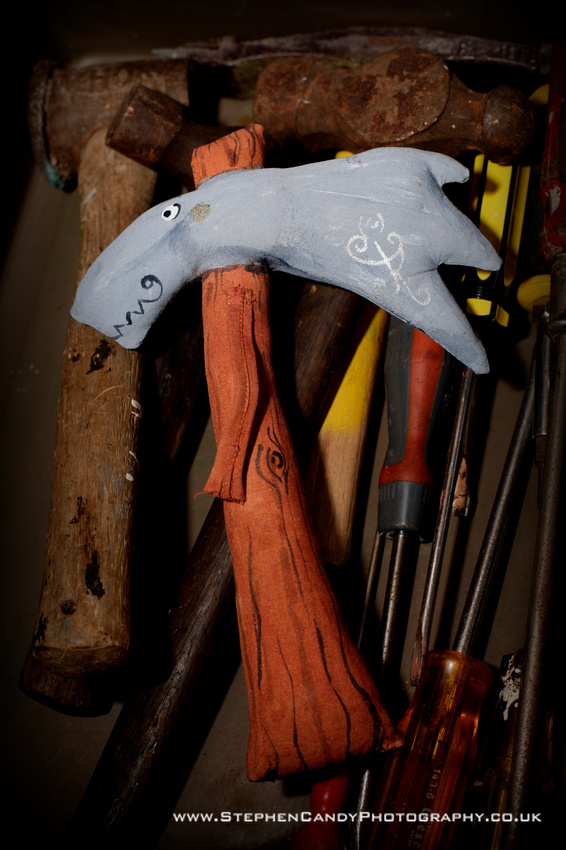 Whilst taking part in #TheMajickReturns, I also made a point of catching up on the backstory, reading the first two books in the trilogy. I found it very enjoyable and written in the same knowing style that all good children's stories and pantomimes are – there’s something fun for younger readers whilst still being engaging and even incisive for older ones. (I especially enjoy the portrayal of the layers of incompetent and self-fulfilling bureaucracy in the Dales.)

Although too late to take part in the Kickstarter campaigns that had funded the second two books of the trilogy, I was delighted that Phil and Jacqui took the world of Matlock further than the three books. Another of the things that seems compulsory for fantasy is having a map of your world and I was thrilled that they sent me a copy of Jacqui’s map of Winchett Dale, as seen in the books. It can be seen pictured below, beneath three more creatures from Matlock’s world. (l-r a “Beebagourd”, a “Brogg” and a “Dripple.”) 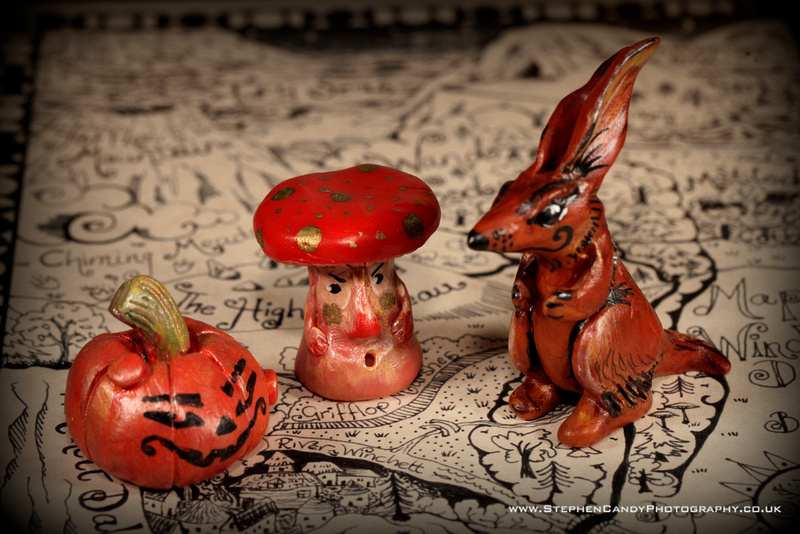 The Map of Winchett Dale

On publication of the third book in the trilogy, one of the first things I said was that there should be a companion book of Jacqui’s artwork in a larger, colour format. It turns out that great minds think alike as this was the very next project. (You’ll notice all the latest big films also have “Art of…” tie-in books.) “Upon A Tzorkly Moon” was published in 2017 and I am especially delighted to have a piece of the original art from the book in my collection. 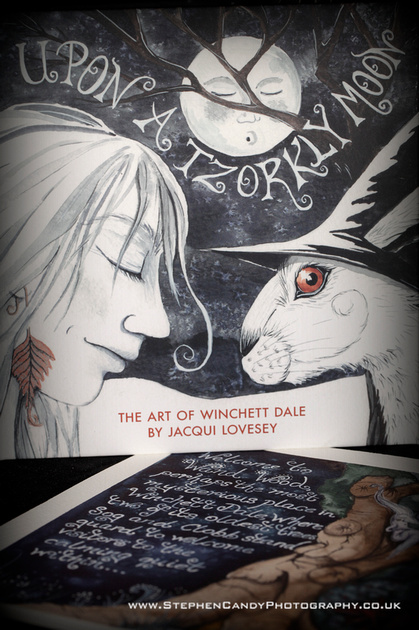 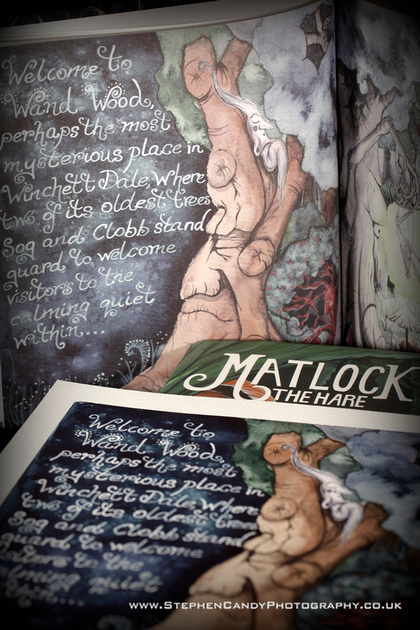 As well as creating the art for the stories, and indeed being responsible for the first painting of Matlock that got the whole thing started, Jacqui makes a number of handmade miniatures of Dale creatures. I’m pleased to have several of these, they live happily on my bookshelf in front of the Matlock the Hare books. 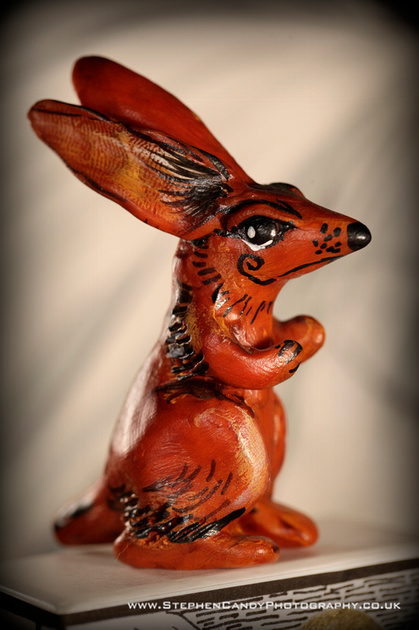 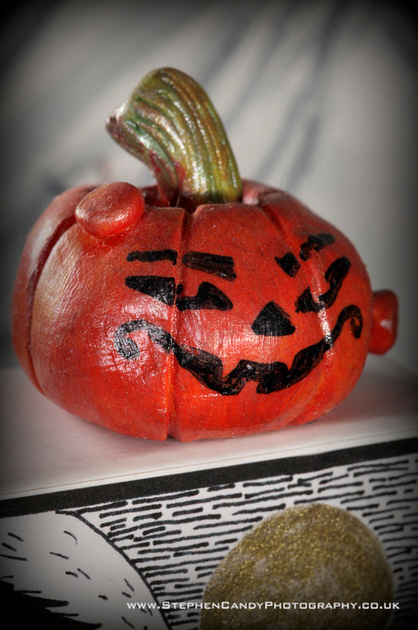 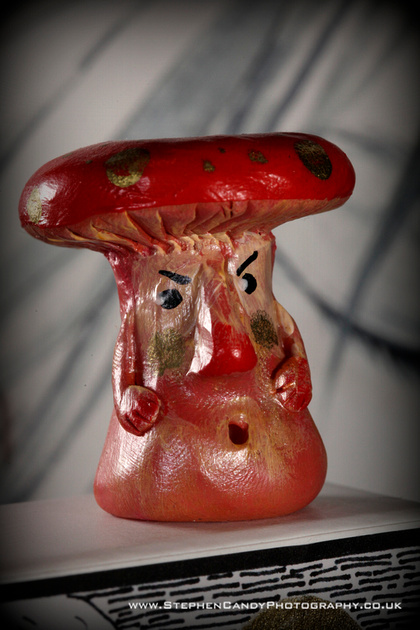 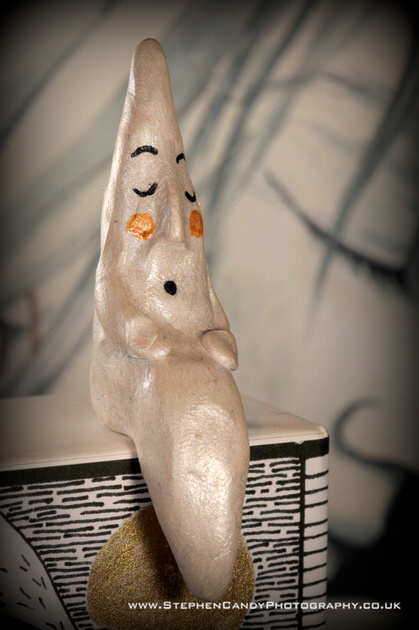 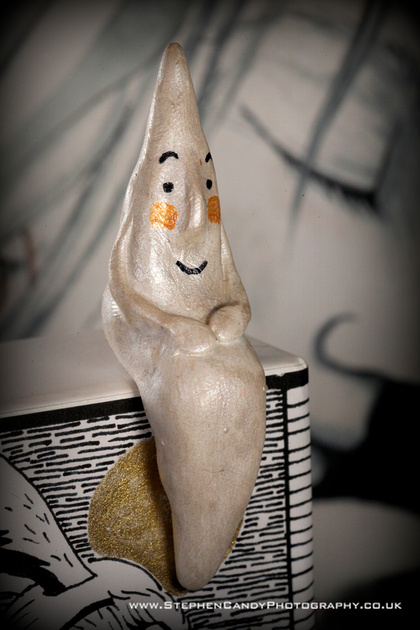 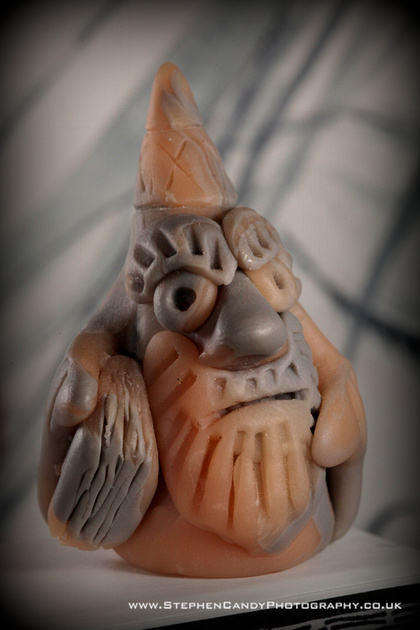 In a world as clottabussed and saztaculous as Winchett Dale, there are always more tales to be told and 2017 was punctuated by monthly “Dale Mail” boxes (in a similar style to the popular Loot Crate mystery parcels.) Each contained a mini storybook, two art cards and some fun accompanying items and built into a lovely little collection. 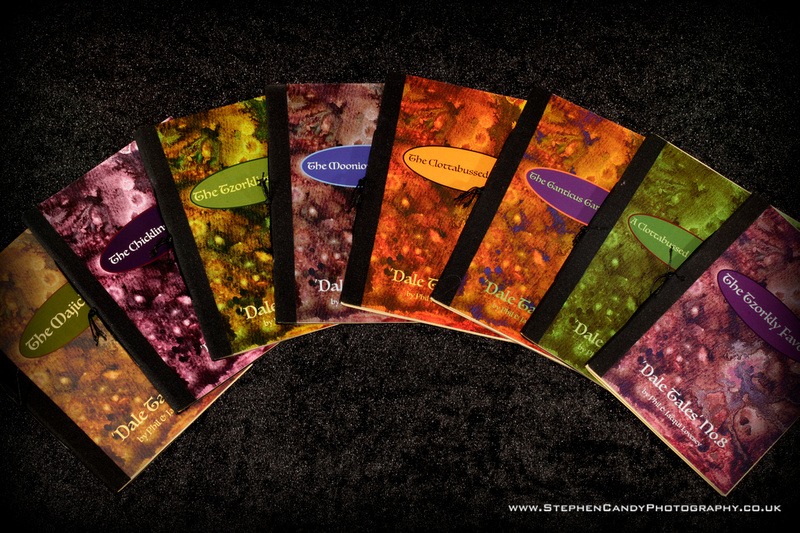 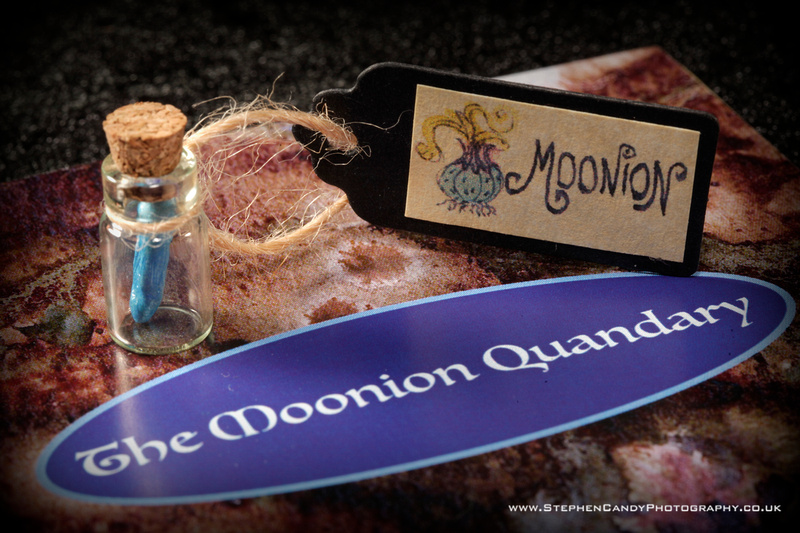 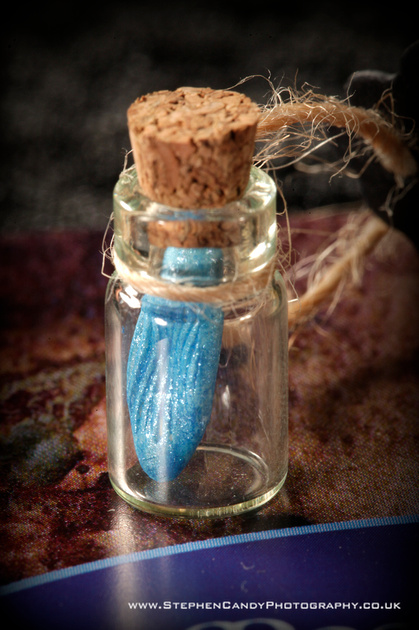 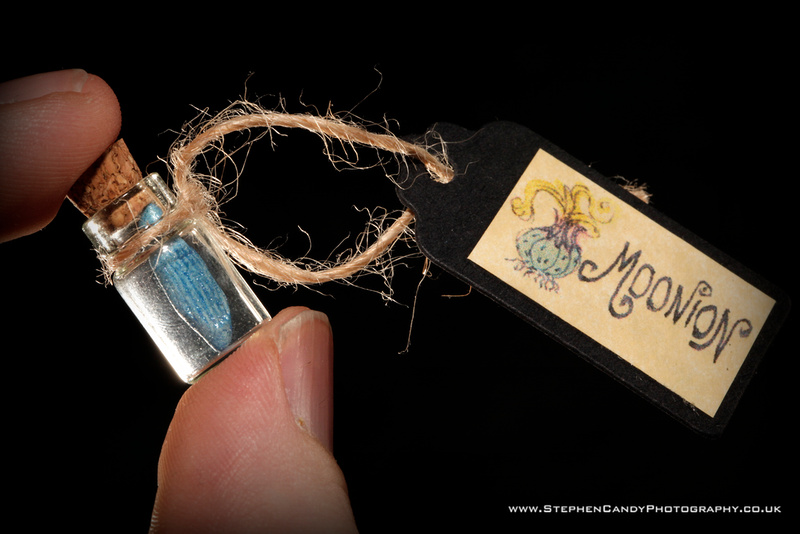 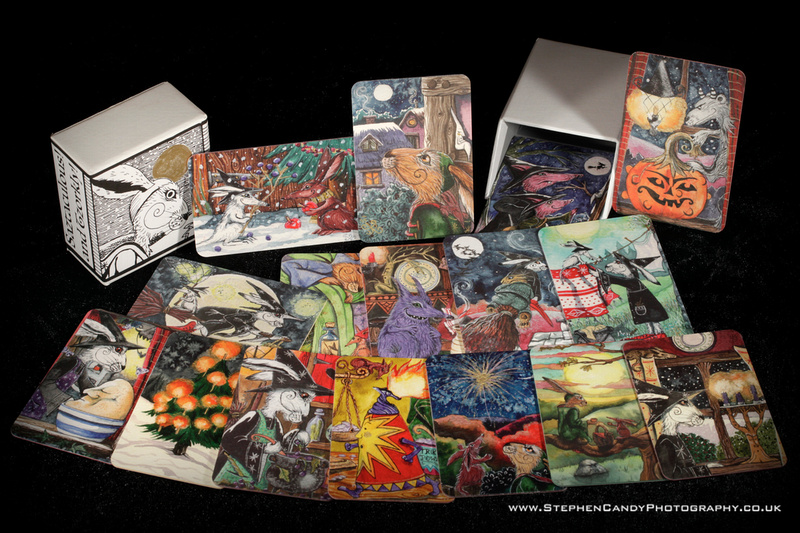 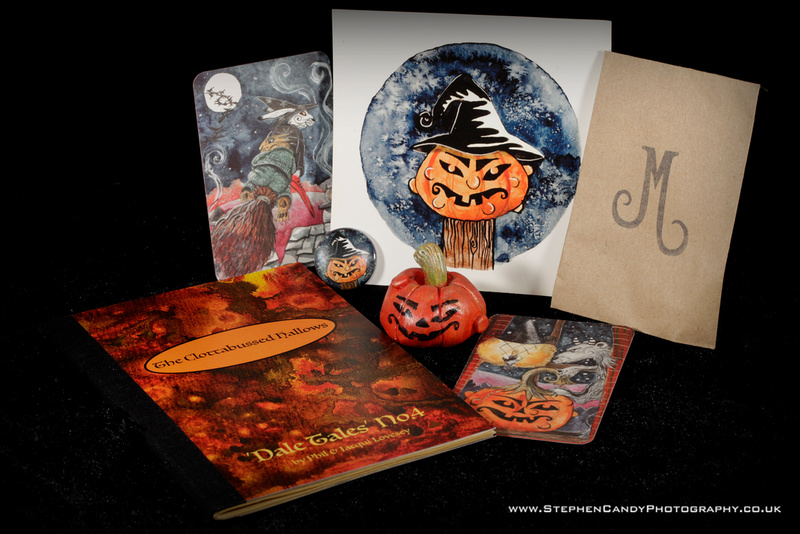 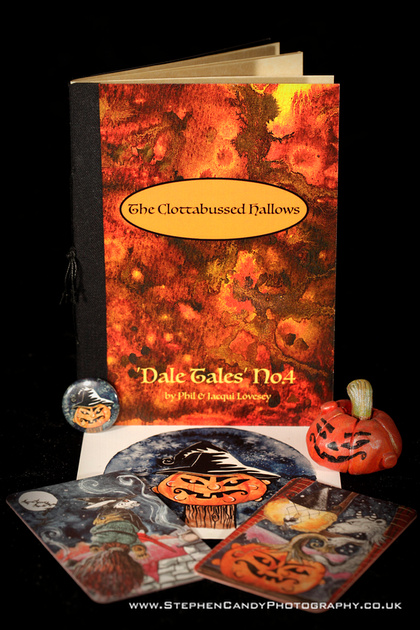 The “Dale Mail” boxes paused in early 2018 for another book project, focussing on the witches from the Matlock stories in “The League of Lid-Curving Witchery.” Telling the tale of three witches back before Matlock’s time and this time illustrated in full colour. The Kickstarter project also included options for fun extras such as the game of “Thunke!” and I was again delighted that Jacqui sent me a piece of original art from the book, this time the painting from the book’s very last page. 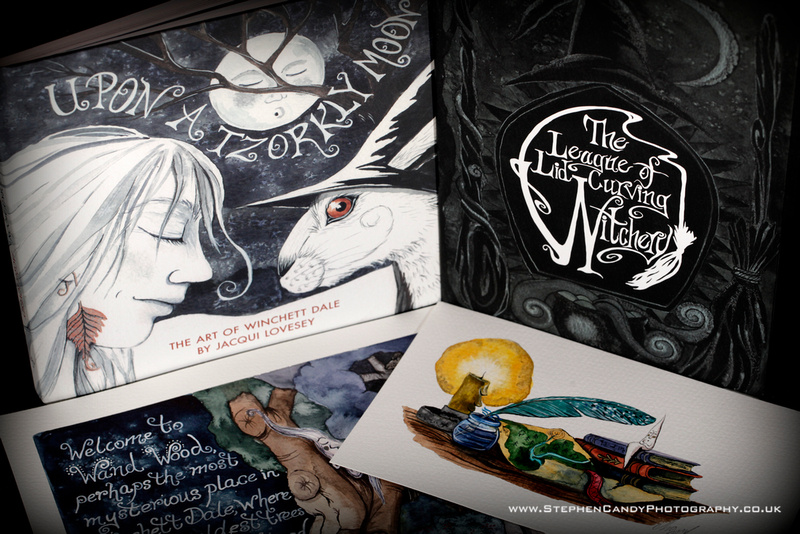 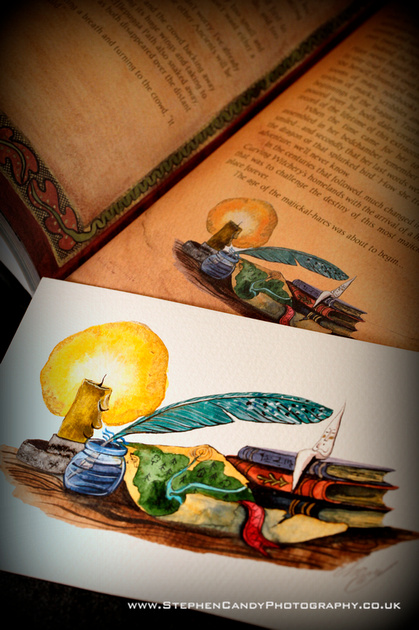 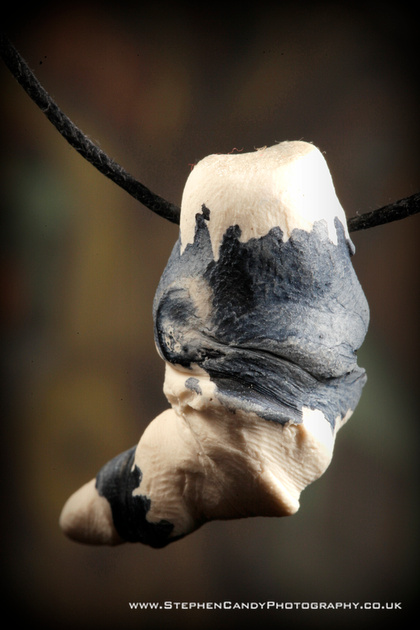 For 2019, Phil & Jacqui created a calendar with more art from Winchett Dale and also showing the different festivals of the Dale (as well as the ones we already know from our world, known in Dalespeak as “The Great Beyond.”) 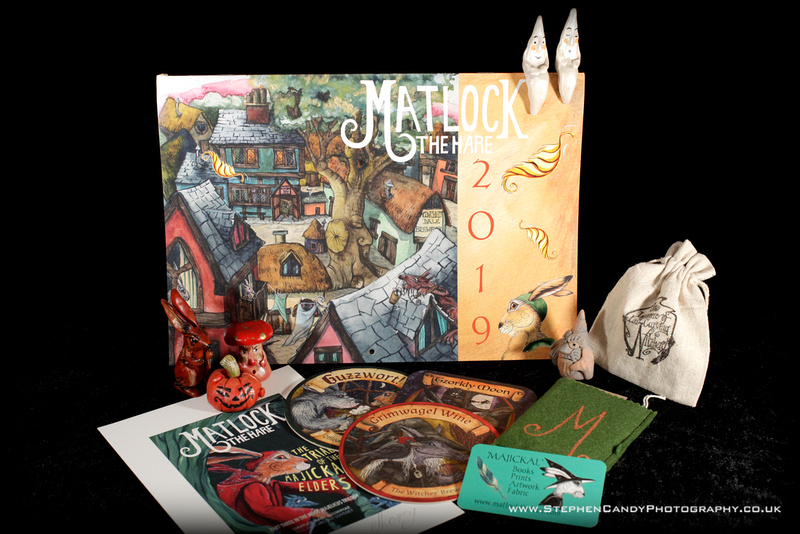 Of course, Harry Potter has made “butterbeer” famous and several other fictional worlds have made-up drinks of their own. Winchett Dale has Guzzwort beer, Tzorkly Moon celebration ale and Grimwagel Wine, as witnessed by the beermats shown here! 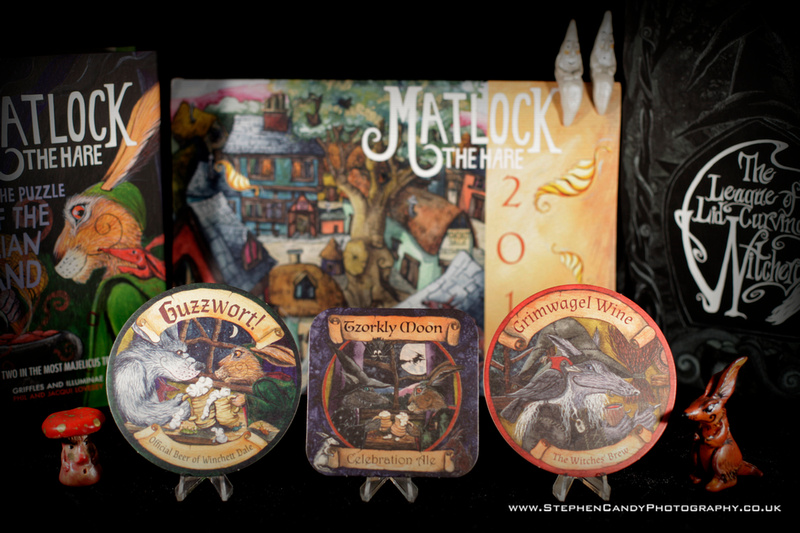 A final word must be given to the lovely attention to detail that always goes into the packaging for everything that comes from Winchett Dale. It’s always a delight to open new packages, with careful tissue paper wrapping and fun Matlock themed stickers. 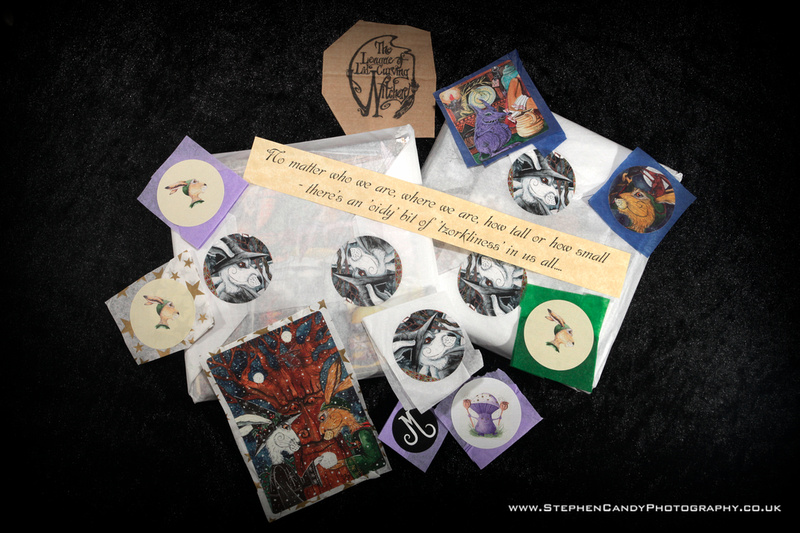 Do have a look at Matlock the Hare’s website to find out more about his tzorkly and saztaculous world, I’m very glad that I did back in 2016 and it’s been a treat to photograph so many of Phil and Jacqui’s creations since then. Stay tuned to Kickstarter too, as there's an exciting new "White Hare Wisdom" oracle card deck coming from them on February 12th...