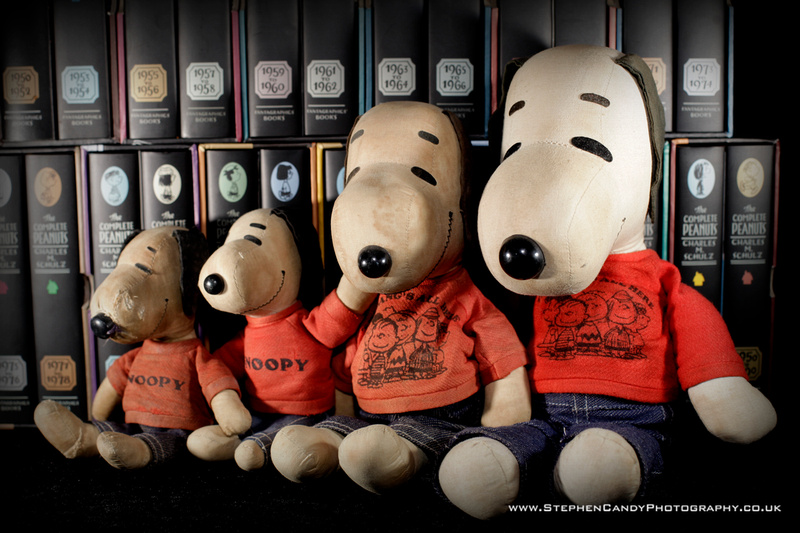 Before Star Trek or Star Wars or even Doctor Who, before Sherlock Holmes, Lord of the Rings, Ghostbusters and long before Harry Potter there was Snoopy!

While this may not be chronologically accurate, from my personal point of view this is definitely true. As a baby one of my first toys was a cuddly Snoopy and I grew up a fan of Snoopy, Charlie Brown and all things “Peanuts.” While growing up I collected dozens of the different compilation volumes of Charles M. Schulz’s daily cartoons, some purchased new, some from car boot sales and collected as many toys, figures and other items as I possibly could. In the process I learned an important lesson about collecting (and one that remains important today.) It’s not always possible to have “All The Things!” Collecting every item of merchandise for a hugely popular cultural icon is something that often just can’t be done. Fans and collectors certainly want to “complete the set” and even in the 1980s this was true for me. You don’t want gaps in your Panini sticker album (there was a Snoopy one of those, and I also collected their stickers for The Real Ghostbusters, Thundercats, Transformers, MASK and Care Bears. Apparently they also did football stickers too!) You CAN complete a sticker album, but when something’s been around as long as Snoopy nobody has the space to have EVERYTHING. Even the official Charles M. Schulz museum has to rotate their exhibits. After years of buying, or at least wanting to buy anything with a Snoopy on it I did learn this and calm down – and I have sometimes managed to maintain this self-discipline on other collections. (Not always though – having a complete set remains very tempting when it’s not quite so unobtainable as having Every Snoopy Ever.)

My very first Snoopy suffered the inevitable wear and tear of a child’s toy – he even had to have nose replacement surgery and now has a button nose! After many years of service he retired and was replaced with a newer version (but still kept in much-loved esteem, of course.) The “family” of this particular design of cuddly Snoopy was added to over time. There was a larger version at a local toy/nik-nak store called “Aladdin’s Cave” as part of a Snoopy display but not actually for sale. When the store closed down and had an “everything must go” sale, my early-teen self was able to persuade them to sell it to me, then an even larger version was added thanks to a car boot sale a few years later. These remain among my most treasured Snoopies! 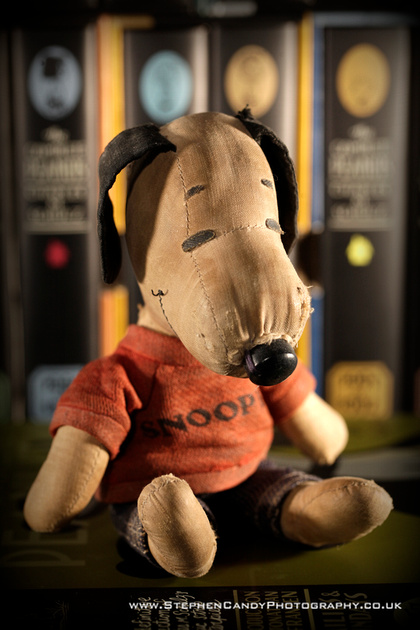 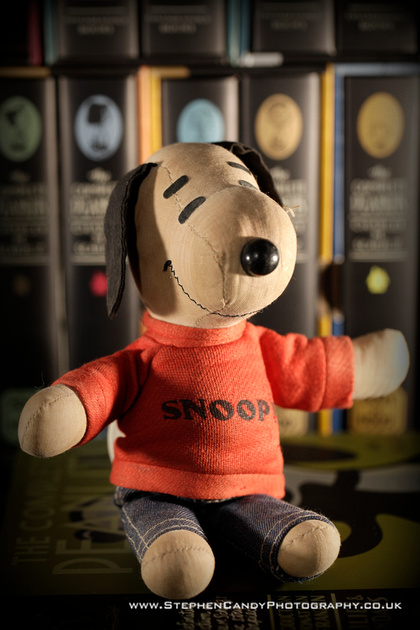 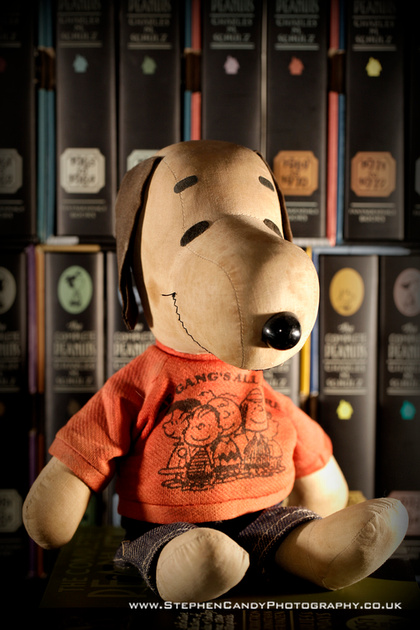 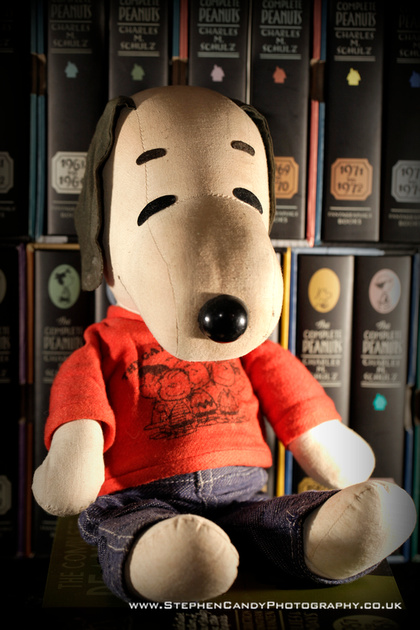 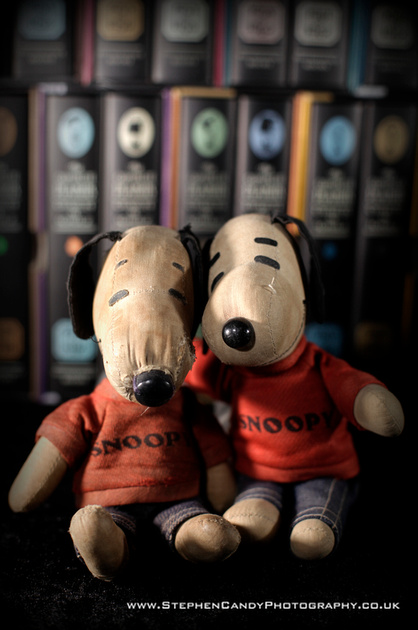 In the last year of secondary school (the “fifth year” or what is now called Year 11, or 10th Grade if you’re reading this in America) my English teacher set the class the task of recording their own “Desert Island Discs.” (A popular BBC Radio show in which famous people choose their favourite records along with a book and a “luxury item” that they would choose to take with them were they to be stranded on a desert island.) My musical choices included works by the Pet Shop Boys and The Beautiful South, but more relevantly to today’s theme I chose “The Complete Works of Charles M. Schulz” as my book. At the time, no such volume existed – after all it would be quite the task to fit all the Peanuts strips ever in the book and this was several years before the end of the series’ publication run. Once the series HAD ended (and the fact that the final every strip was published on the day Schulz passed away still moves me, it’s like he knew his work was complete and so he could rest) it was very exciting to hear the plans of Fantagraphics Books to publish compilation volumes of every strip, in publication order. I remember being worried that the plan to do so at a rate of two volumes a year over a period of twelve years might falter partway through (I’ve got other partwork books that stalled after fewer than half the intended volumes were released.) Thankfully this proved not to be the case and I duly collected the special annual two-volume boxed sets from 2004-2016. I’m delighted to now have this at the heart of my Peanuts collection. 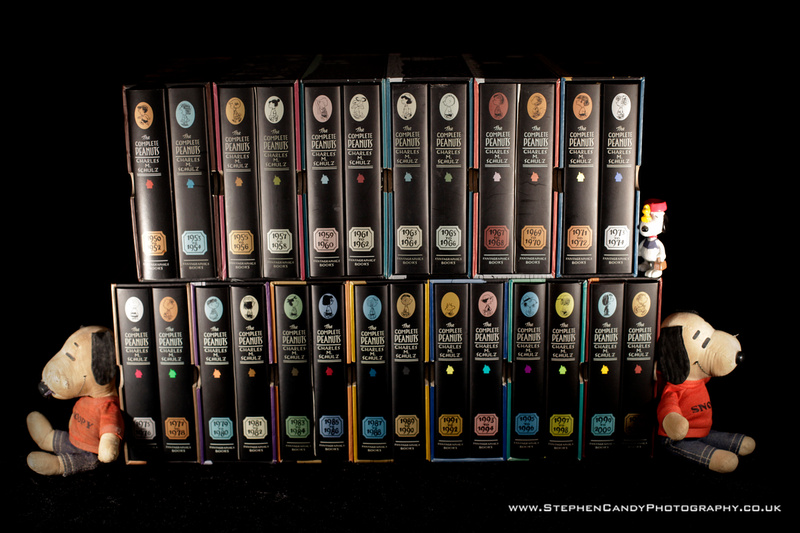 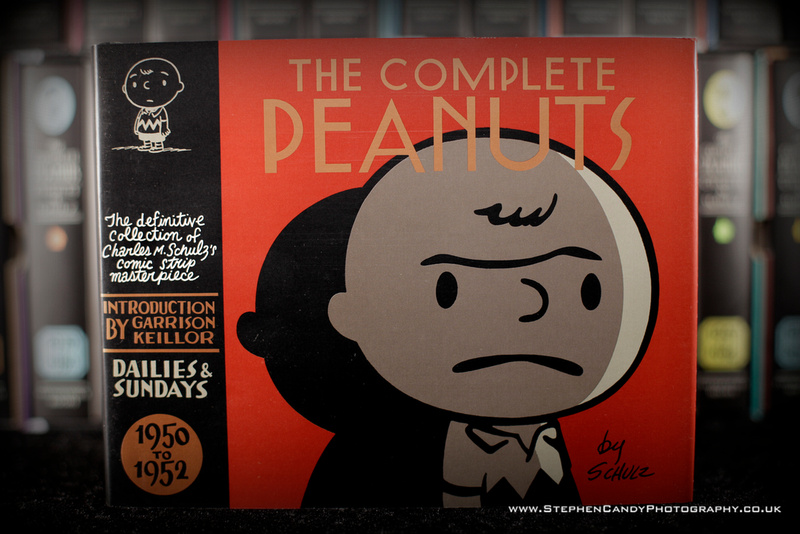 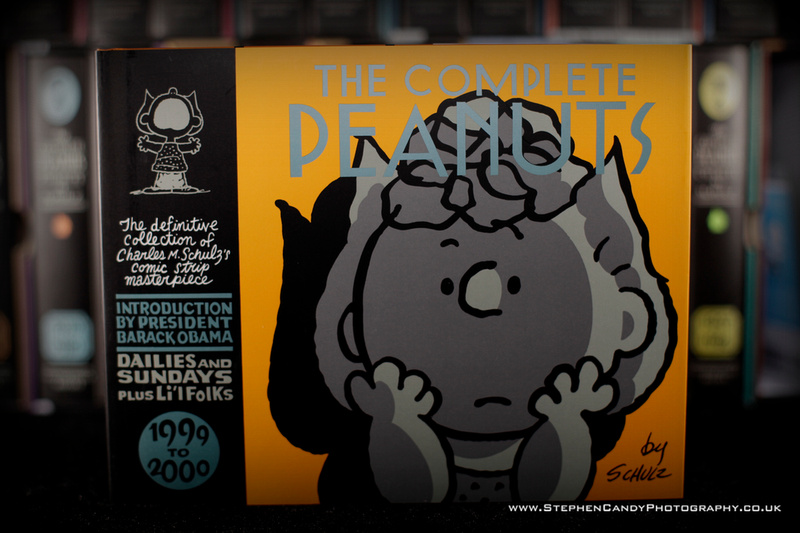 My love of Snoopy and Peanuts also lead my younger self to read one of my first “grown-up” non-fiction books, Rheta Grimsley Johnson’s 1989 biography of Schulz “Good Grief.” It was inspiring to read how the man behind my favourite characters was so gentle and caring and also modest. One of my favourite anecdotes from the books is the tale of how Schulz, not usually one to flex the muscles of his status and wealth, was worried that the manufacturer of the pens he used to draw Peanuts had gone out of business, so he purchased all the remaining stock to ensure he’d never run out! 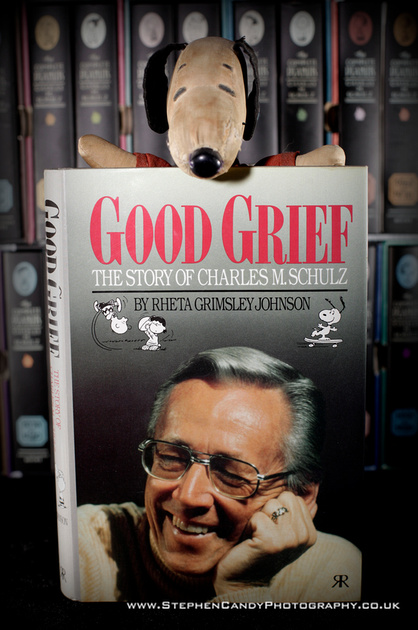 I collected a large number of 2 inch model Snoopies too. These were available from many shops in the 1980s and then from car boot sales in the 1990s, although they’re rarer these days. All sorts of different activities were available but my favourite remains this one, of Snoopy and Woodstock setting off for adventure together. 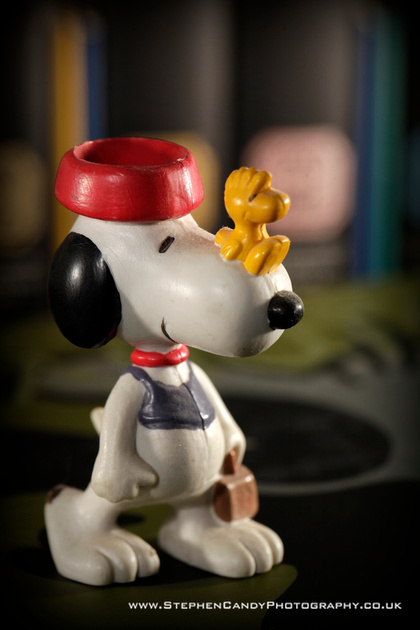 More recently, Jim Shore has sculpted a gorgeous range of models, blending his own style with the classic Peanuts characters and stories. I’m pleased to have collected several (although I’ve learned my lesson and am not trying to collect them all!) 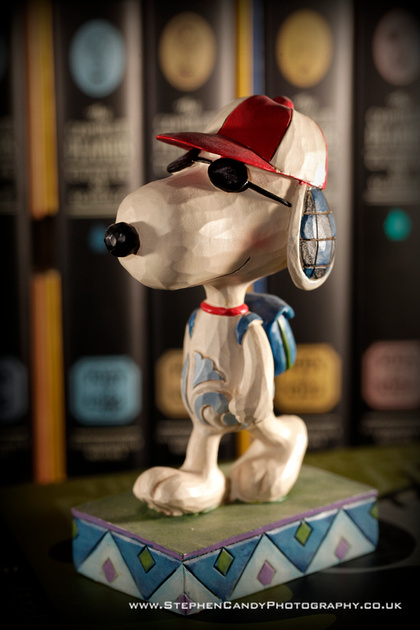 My friend Sally from Roseus Crafts was also kind enough to give me these pretty Snoopy tea light holders as a birthday present a few years ago. You can check out her other crafts here. 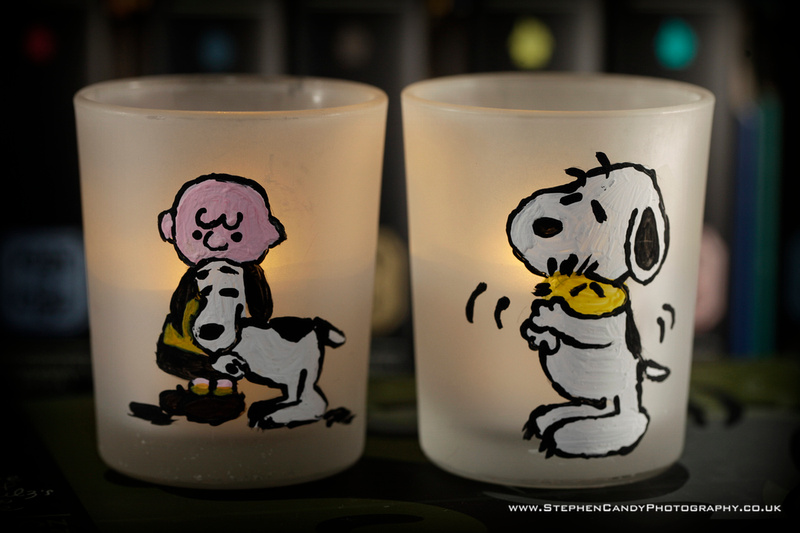 While Snoopy’s sadly not seen as much (especially not in the UK) these days, he – and the rest of the Peanuts gang – will always be firm favourites of mine.